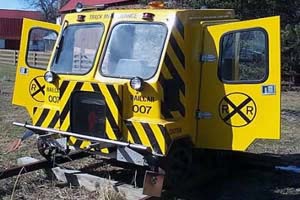 What the heck is that?

That is the question we get most often when people see our raillcar for the first time. We explain to them that this is how Dan and his Dad Harvey and his sister Adrianne participate in their unique and unusual hobby - railspeeding. As members of the North American Rail Car Operators Association (NARCOA), we maintain this piece of railroad history, a railspeeder that was formerly used to inspect track and maintain signals on a railroad. We operate it on active railroads with our fellow members of NARCOA on excursions. We are certified, licensed and insured to do so. Local chapters of NARCOA work with railroads that allow us to use their track safely. We do not trespass on railroad property nor do we do anything that is not safe.

What do you do when a train set just is not enough?

If you enjoyed trains as child - maybe you even built a layout, as Dan did with his Dad - this hobby is the natural thing to do when you grow up. As Dan's wife Gail says, it is "Big toys for big boys." It all started for us in the summer of 2006 when Dan's folks were enjoying a Sunday drive and came up a NARCOA excursion. Dad was immediately taken with the idea that he would like to ride the rails with one of those cars. He mentioned it to Dan, and soon they were searching the internet for more information. They learned about NARCOA and were impressed with how well the hobby was organized. By fall 2006, they located Railcar 007 in New Jersey, bought it and brought it home to Dad's garage in Western New York. During that winter, Dan and Harvey passed their certification tests and arranged for insurance to operate the car. Then, in April 2007, they went on their first excursion. They passed their practical test on that first run (called 'mentoring' by NARCOA) and were hooked on railspeeding from then on. They have been on lots of excursions since then (see the side panel to left) and are still having fun. In May 2010, Dan's sister Adrianne became certified as a railspeeder operator and now is sharing in the fun.

Dan and Harvey have started a tradition of giving candy to children they encounter as they ride along the tracks. Wave if you see Railcar 007 on the tracks and you may get a treat! 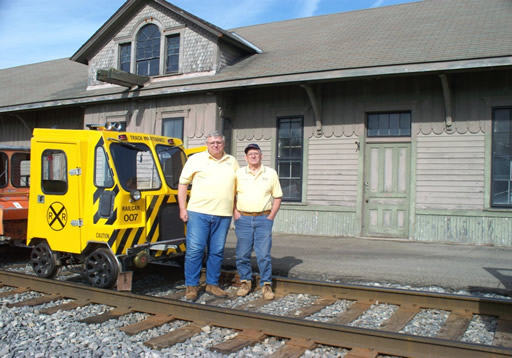 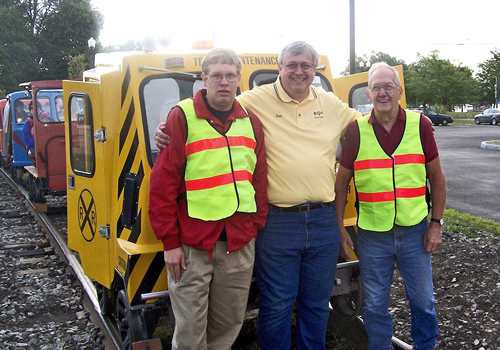 This site was created to support the rail speeder hobby and to preserve some of the history of railcar 007.