Back to the Finger Lakes!

A World Class Excursion on the Finger Lakes Railway

All signals went green for a great excursion!

What makes a really good rail car trip? Some might say a great route with interesting scenery, others may say a welcoming railroad, and others still could say that an experienced, flexible excursion coordinator is essential. All these factors lined up on the weekend of August 18-19, 2007 on the Finger Lakes Railway in Geneva, New York and the result was a safe and fun event for all. 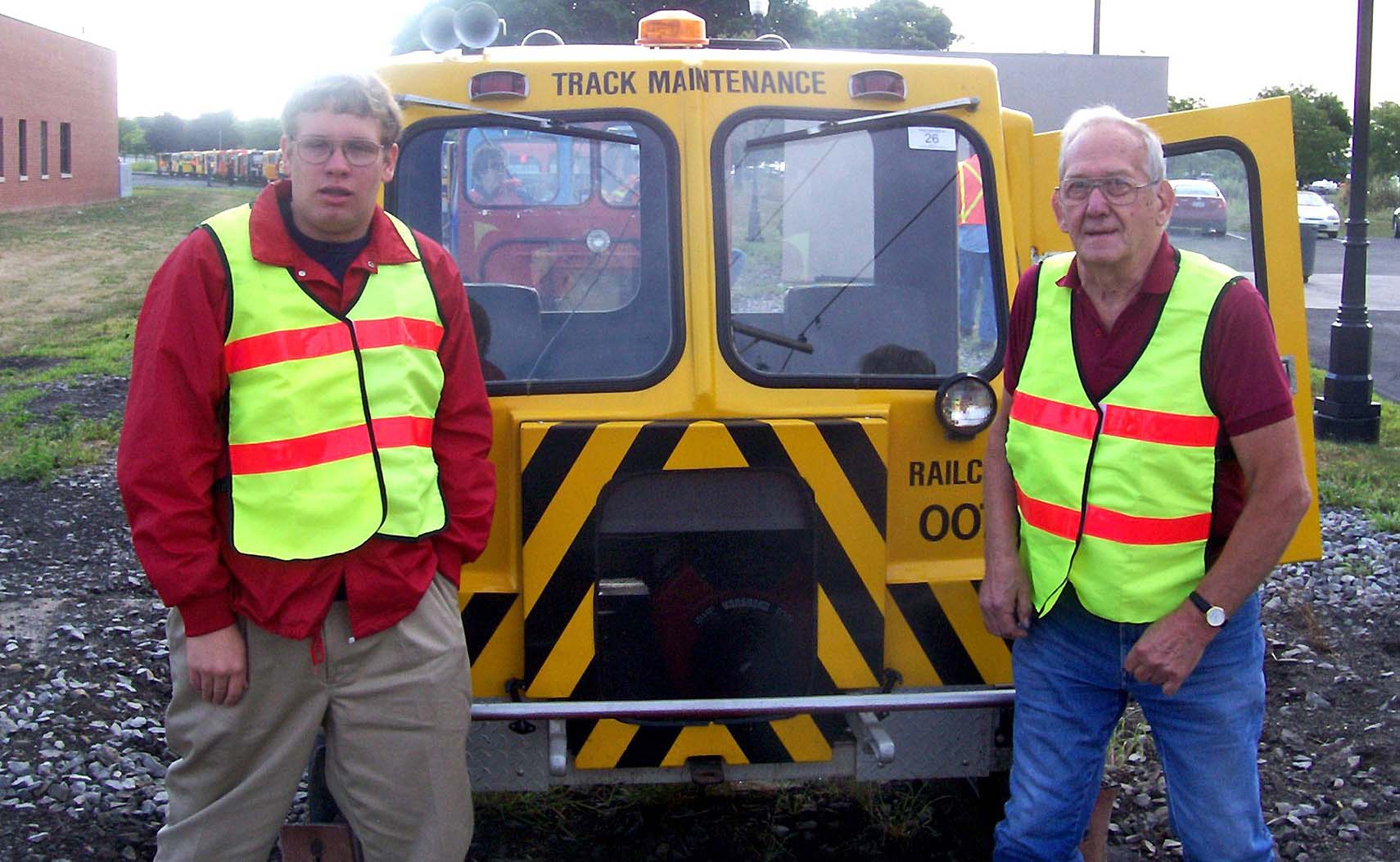 Harvey and his grandson Christopher

The Finger Lakes region of New York is beautiful and includes lakes, waterfalls, and beautiful rural country side. Interesting industries are served by the railroad. The Finger Lakes Railway is one of the most welcoming roads for rail speeder enthusiasts. This is due to the relationship the excursion coordinator, Warren Riccitelli, has developed over the years with the line. 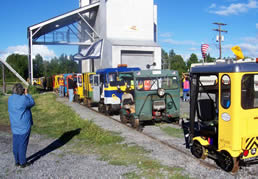 A great set on location

The set on location – a spur at a grain elevator – was excellent, offering several points on the track where we simultaneously set on of four or five cars at the same time. The area around the set on point offered ample parking for our cars, trucks, RVs, and trailers. These were important factors since we had over 40 cars and over 100 persons on the run! 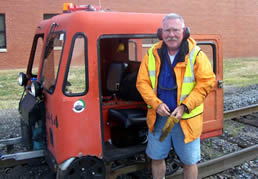 Jim Gallagher and his M-19

After a careful and detailed safety meeting, lasting over an hour and including a separate session for passengers lead by one of Warren’s assistant excursion coordinators to review flagging procedures, we departed headed towards Syracuse. The scenery on this part of the line includes a stunningly beautiful run through a large marsh on a built up roadway along the banks of Lake Cayuga. The road then transitions to rural farmland, vineyards and small towns. Light industry and food processing plants are located along the way. 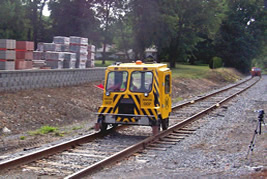 007 passes a light industry along the road

We turned around late morning at Auburn and headed back. When we got back to the shore of Lake Cayuga, we stopped at a park where the railway had arranged a wonderful chicken and ribs barbeque lunch! After lunch, we continued back to the Geneva yard and took a break of several hours before the evening run. When we all returned later that day, we discovered that the railroad had arranged one of their passenger cars in the yard for our convenience, with their gift shop operating and even more food laid out for us. 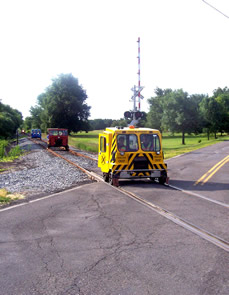 The night run began at dusk as we departed for the Seneca Army Depot on a beautiful night run on the east shore of Seneca Lake. We turned at the gate of the depot and headed back to the yard for the evening. This rare night run was an instructive experience for all!

Bob Hastings and his wife

The next morning we left the yard and headed west on the road’s Canandaigua Branch for a nonstop trip to that city where we turned around and got back to the setoff point by mid-afternoon. Total mileage was about 130. Warren planned carefully and broke up the excursion into two groups so we could have lunch in two different towns without overwhelming the small town restaurants. One of our group offered to drive to the busiest crossings and signal. This kept us on schedule. Warren is one of NARCOA’s most experienced excursion coordinators and it shows. His events always run smoothly and safely.

As he has done on previous excursions, our railway escort Bruce Habberfield went above and beyond his call of duty escorting us.  Bruce is always concerned about running a great excursion and finding new things to keep us interested and entertained when we are on the Finger Lakes Railroad. Thanks Bruce, you are a real pro!

Warren is already talking about what we might do next time we run this great railroad. I can not wait until the next run!

[Dan wrote this article for the Setoff March-April 2008 issue]