One Last Run to the Kinzua Bridge 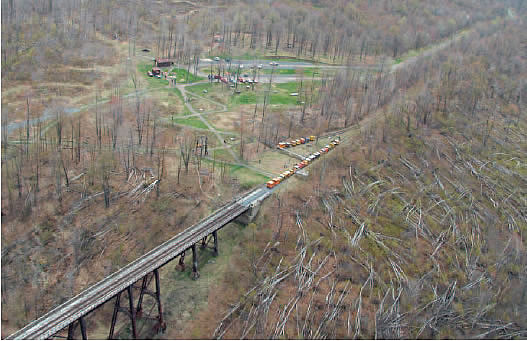 Over forty cars from 11 states and Canada made what is very likely the last rail journey on the former Knox and Kane (K&K) railroad from Marienville PA to the famous Kinzua railroad bridge in Northeastern Pennsylvania on the weekend of 2-3 May 2009.

As an encore to his highly successful run last fall, EC Gary Shrey of the Northern Central Railcar Association and his wife Eileen conducted this historic two-day excursion.  Assisted by Dale and Cathy Steiner, Gary once again put together a great event.  You should read of Gary's interesting account of how he set up the fall 2008 run on this railroad in the May - June 2009 edition of the SETOFF. 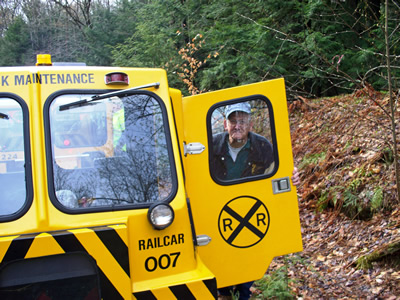 Harvey is watching you...

This run duplicated that success and attracted even more participants.   Advance runs on Friday were necessary to ensure the track, now slated for abandonment, was clear.  Unfortunately, the volunteers who helped Gary and Dale clear the tracks - Jamie Haislip, Mark North, Bobby Peoples, Benjamin Barnett and George Kovalchick, had to work in the rain on Friday while clearing the track of debris and fallen trees and ensuring the crossing flange ways were open.  The main group of speeders had a little rain during the set-on on Friday night, but the weekend was dry and comfortable. 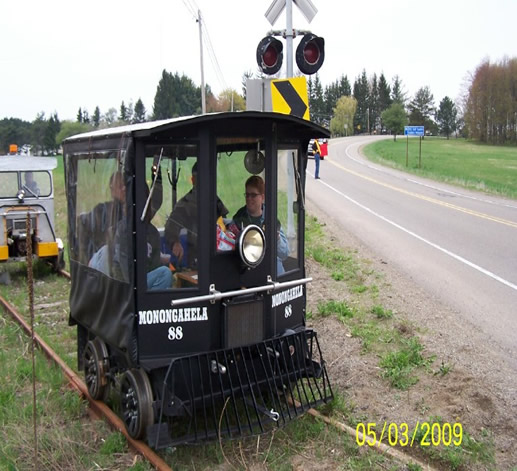 Not only was the run itself unique, but also those who participated were a unique combination of talented people.   Gary thoughtfully invited several local people to attend the run and that enriched the entire experience.  He included a representative from the local chamber of commerce who are working to keep the rail right of way intact and a local historian who answered questions about the history of the railroad and the area.  Adding to the enjoyment of the run was Gary's inclusion of several large A-6 cars, including two owned by Mike Heaton.  These cars are seldom seen on runs and attracted a lot of attention. 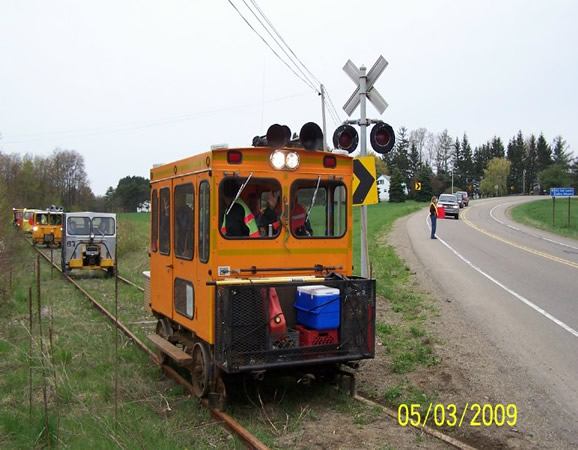 Gary followed the schedule from last fall.  On Saturday, we left Marienville and traveled to the former K&K Kane station.  We turned at the wye and were back in Marienville for the evening.  Most participants gathered at a local hotel for dinner.  On Sunday, we set-on in Kane and went to the bridge, where we enjoyed a catered lunch delivered by a local restaurant.  A park ranger provided a short talk about the park.  One of the excursion’s Saturday participants – Clyde Smith - took aerial photographs on Sunday of the group as we were parked in the Kinzua Bridge State Park. 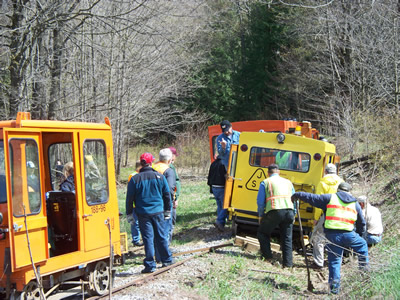 The K&K rail is showing its age and we had several minor derailments.  Checks made by Gary and his assistant ECs showed the cars that derailed were in gauge and no one was traveling very fast when these incidents occurred, so we must assume the track conditions are to blame.   One of the derailments - an A-5 left the tracks just past a major crossing - brought out the best of the group.  Many hands were needed to move this heavy car back on the rails.  Jamie Haislip, Mark North, Bobby Peoples and Steve Rinker led the team in the use of jacks, shoring, and winches and they quickly had the car back on the rails. 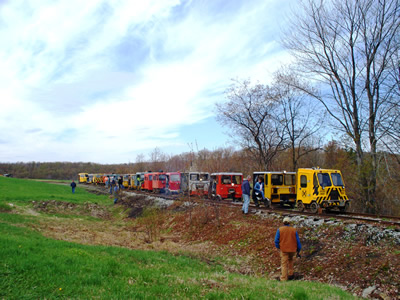 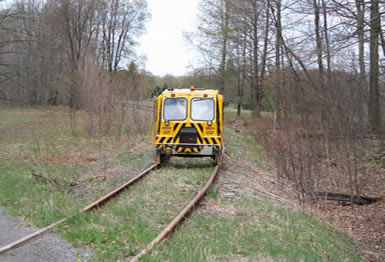 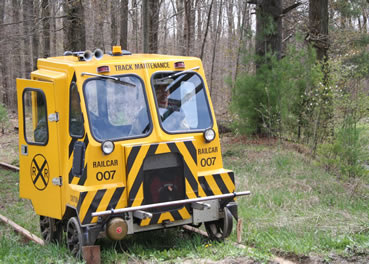 Gary's leadership and the support of the key folks mentioned above made this a unique and memorable trip.  With the future of these rails in doubt, this may have been the last run on the historic Knox and Kane.   But what a run it was! 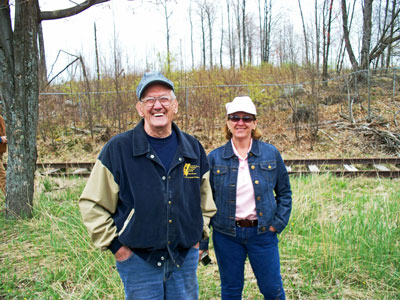 Harvey and Adrianne laughing at a vicious rumor they started that Dan derailed 007.

[Dan wrote this article for the Setoff July - August 2009 issue]

The bridge from the observation point